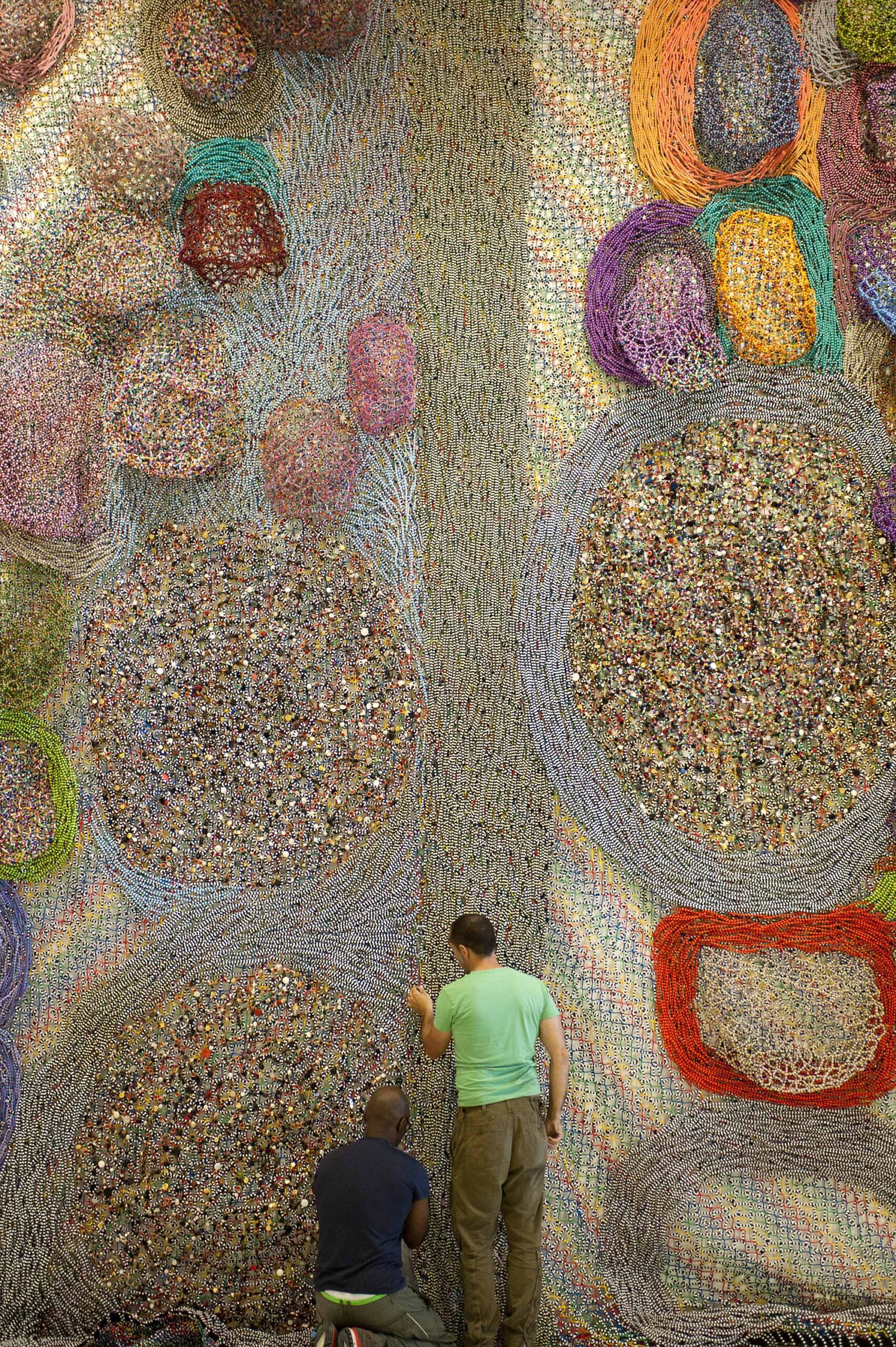 Innumerable pony beads, pipe cleaners, sequins, and objects gathered from two continents overlay a web of rainbow mesh that’s suspended in the U.S. Embassy atrium in Dakar. Installed in 2012, the expansive work by Chicago-based artist Nick Cave (previously) is composed of amorphous swells and circular patches of multicolor netting that stretch 20 x 25 feet. Physically connecting pieces of both U.S. and Senegalese culture, the webbed, bas-relief sculpture symbolically stands as “a unifier that brings people together,” Cave says in an interview.

Virginia Shore and Robert Soppelsa curated the project for Art in Embassies, a program led by the U.S. Department of State that fosters cross-cultural exchange through visual arts and spans more than 200 venues in 189 countries. “When you think about Art in Embassies and cultural diplomacy, what is interesting for me, as an artist, is, how can I facilitate that within the work that is developed? Yes, I will create the piece for the embassy, but I was also interested in ways to integrate the artists that live and work here,” he says.

Cave developed the structural portion of the work in his Chicago studio, and after meeting Sengalese artists, scholars, and students, he utilized pieces from three locals—Seni M’Baye, Loman Pawlitschek, and Daouda N’Diaye—once on site. The resulting installation, which weighs nearly 500 pounds, took Cave and ten assistants more than three months to complete.

Watch the interview below for more on the process behind the monumental project, and follow Cave’s work on Instagram. 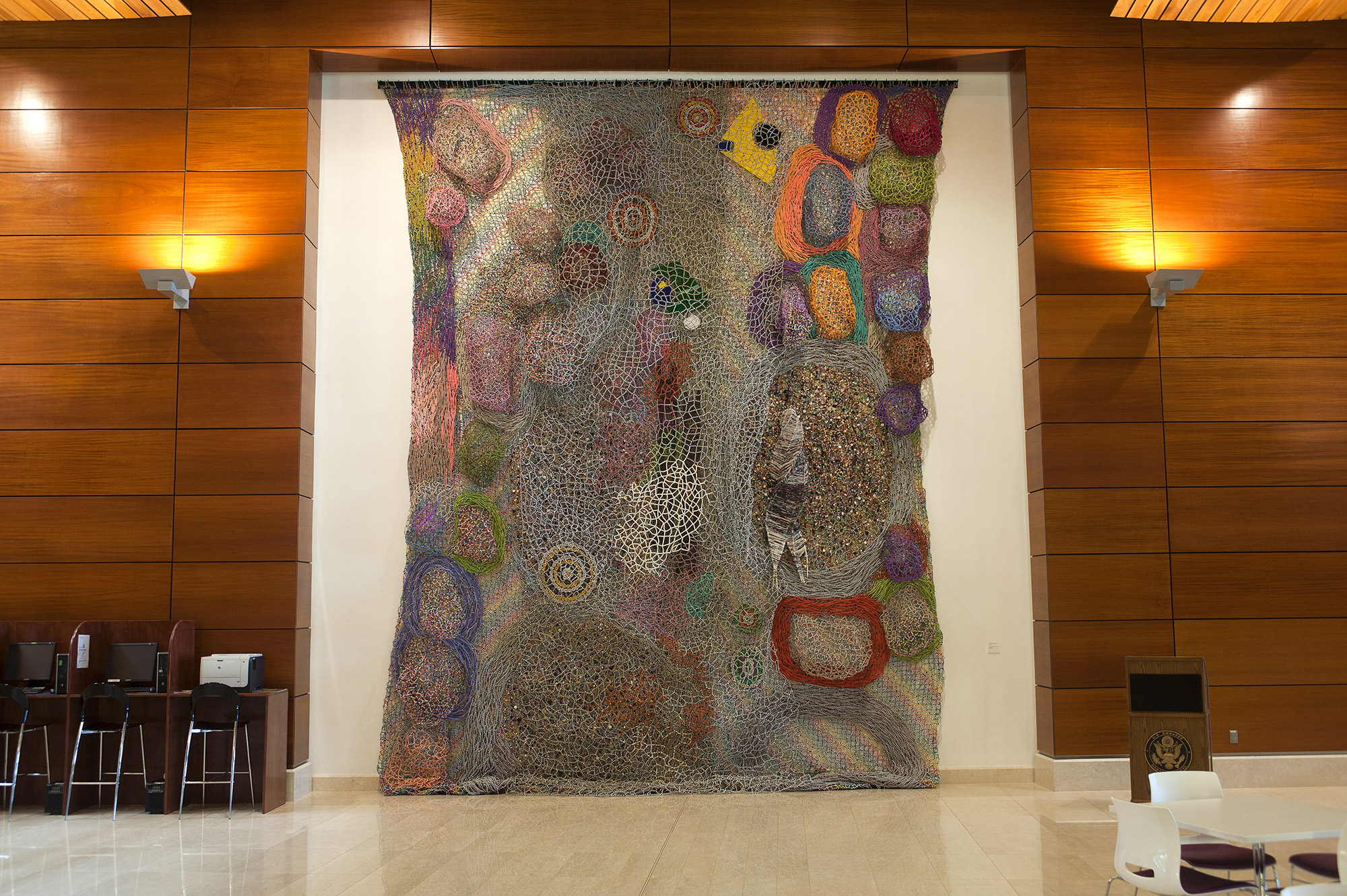 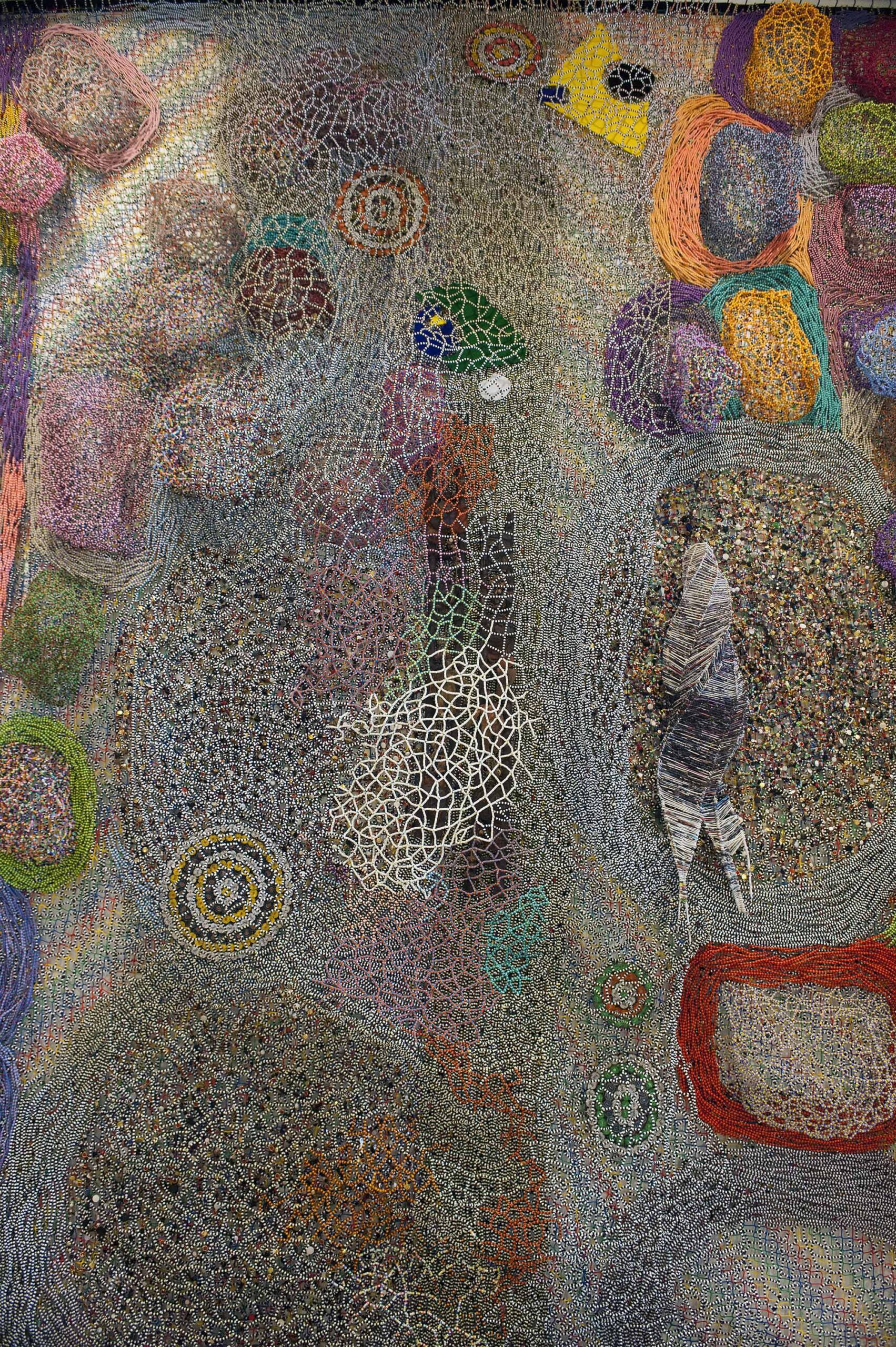