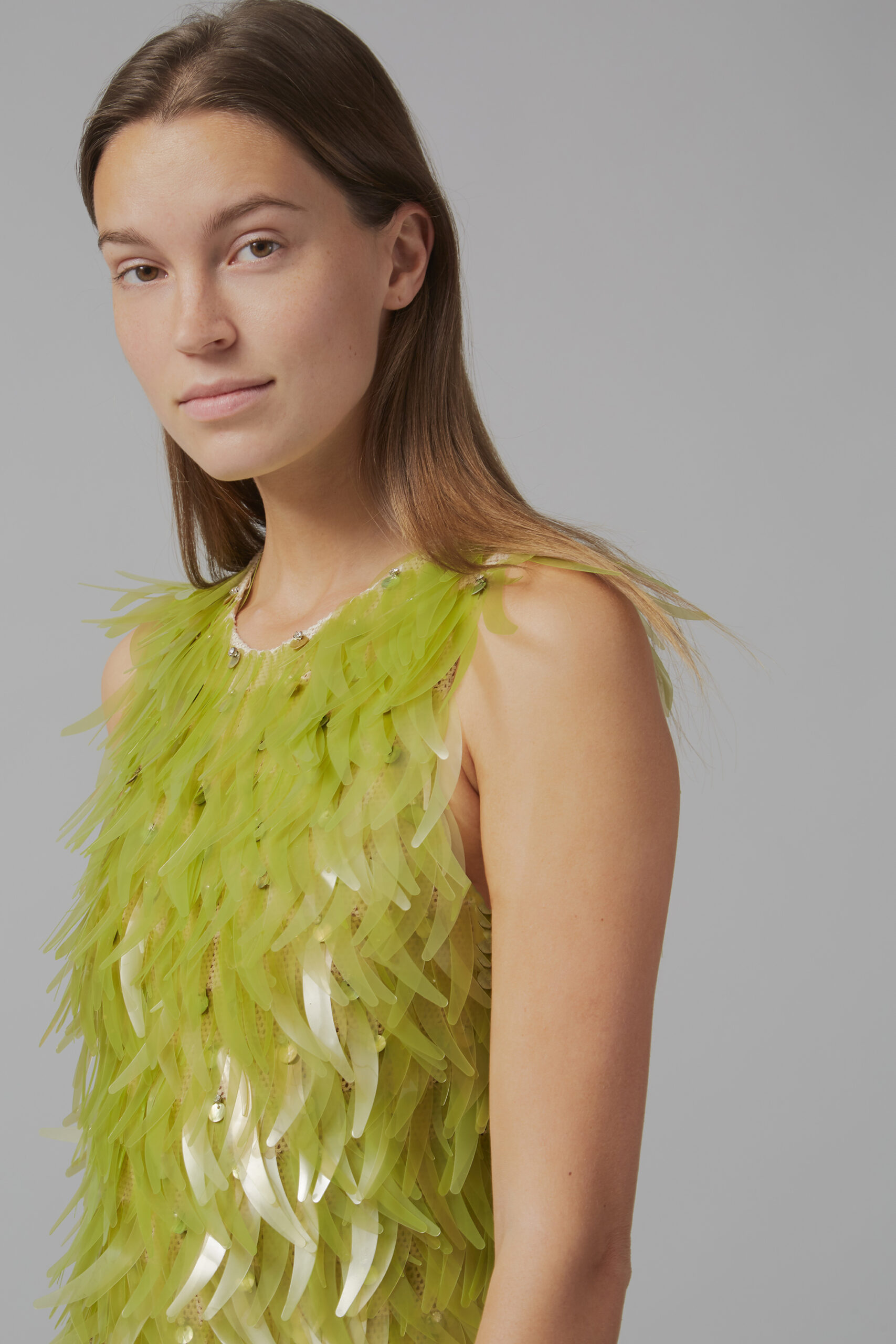 All images © One x One, shared with permission

“Sequins are synonymous with plastic waste,” says renowned designer Phillip Lim about an endeavor to combat the egregious amount of pollution generated each year by the fashion industry. He’s part of the 2020 cohort for One X One—a Slow Factory Foundation initiative that matches scientists and designers with an eye toward regenerative technologies, equitable production, and circular economy models—in which he collaborated with Charlotte McCurdy, a researcher who’s undertaken a variety of sustainable-fashion projects. Together, they created a luxe A-line dress covered in algae sequins that’s free from petroleum and other synthetic materials.

In their partnership, the duo drew on McCurdy’s process of pulling carbon from the atmospheric reservoir and binding the organic substance together with heat, a method she used previously to create a water-resistant raincoat made from marine micro-algae. The bioplastic then is poured into custom molds and emerges in sheets that the pair cut into long, arced sequins. Because the algae-derived substance wasn’t suitable for the dress form, Lim and McCurdy sourced a mesh base from PYRATEX, a Madrid-based brand specializing in a seaweed-and-bamboo fiber called SeaCell that’s both an antiperspirant and thermoregulating. 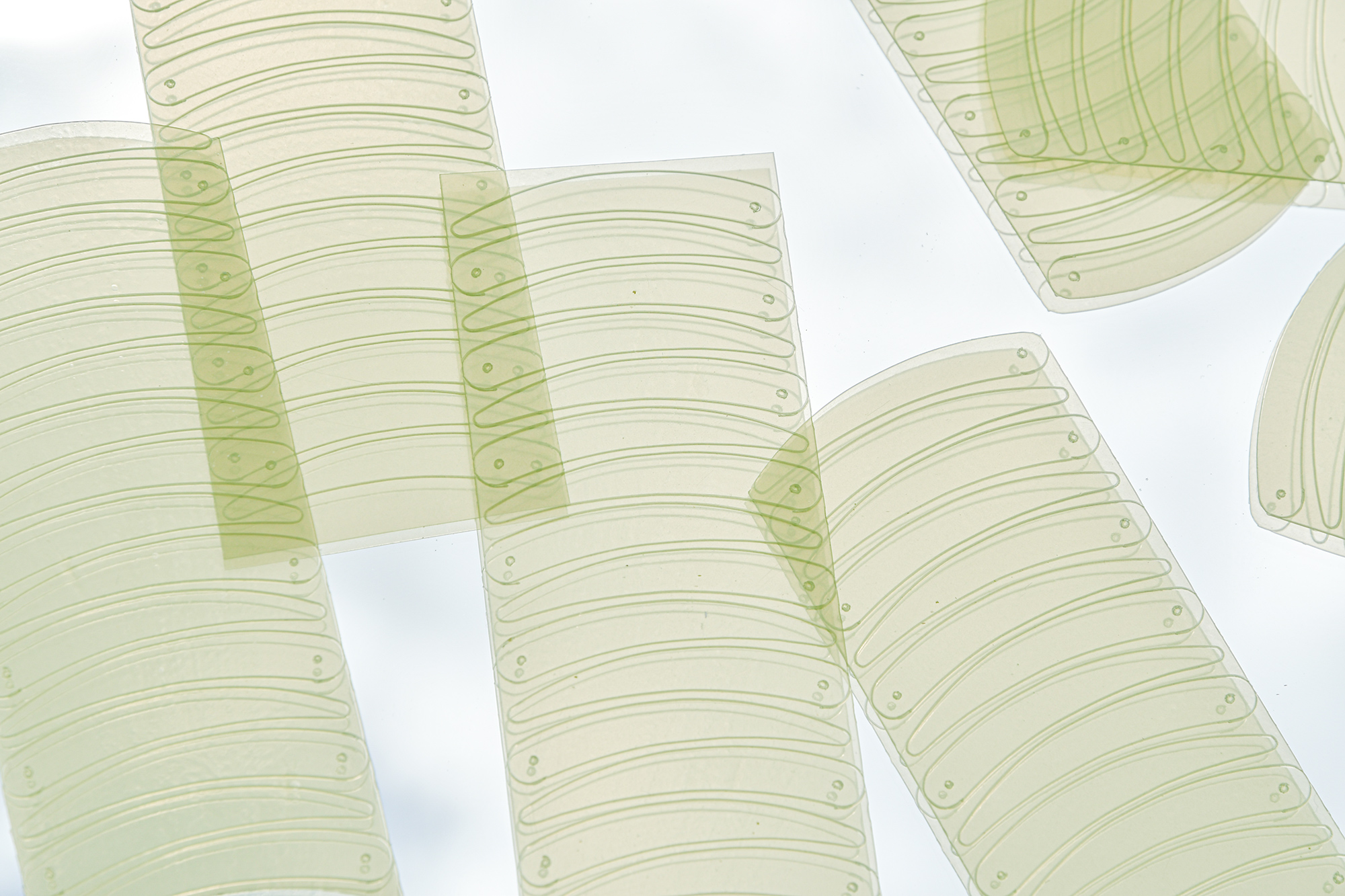 Speckled near the neckline with mother of pearl, the resulting dress is covered in the translucent green fringe, a color McCurdy derived organically from minerals. “The majority of our modern dyes and pigments are petrochemical in origin,” she told Dezeen. “But we had a huge, rich vocabulary of color before the Industrial Revolution that was not taking fossil fuel out of the ground, so I looked into traditional approaches to producing oil paints, which involved mineral pigments.”

Lim and McCurdy’s design isn’t for sale commercially but rather serves as a prototype for garment production in the future. For similar initiatives, check out the two other projects generated by the 2020 cohort, which include leather sneakers grown from bacteria and an apprenticeship in sustainable fashion for women from low-income and immigrant communities, on One X One’s site. Sheets of the algae-based substance in molds